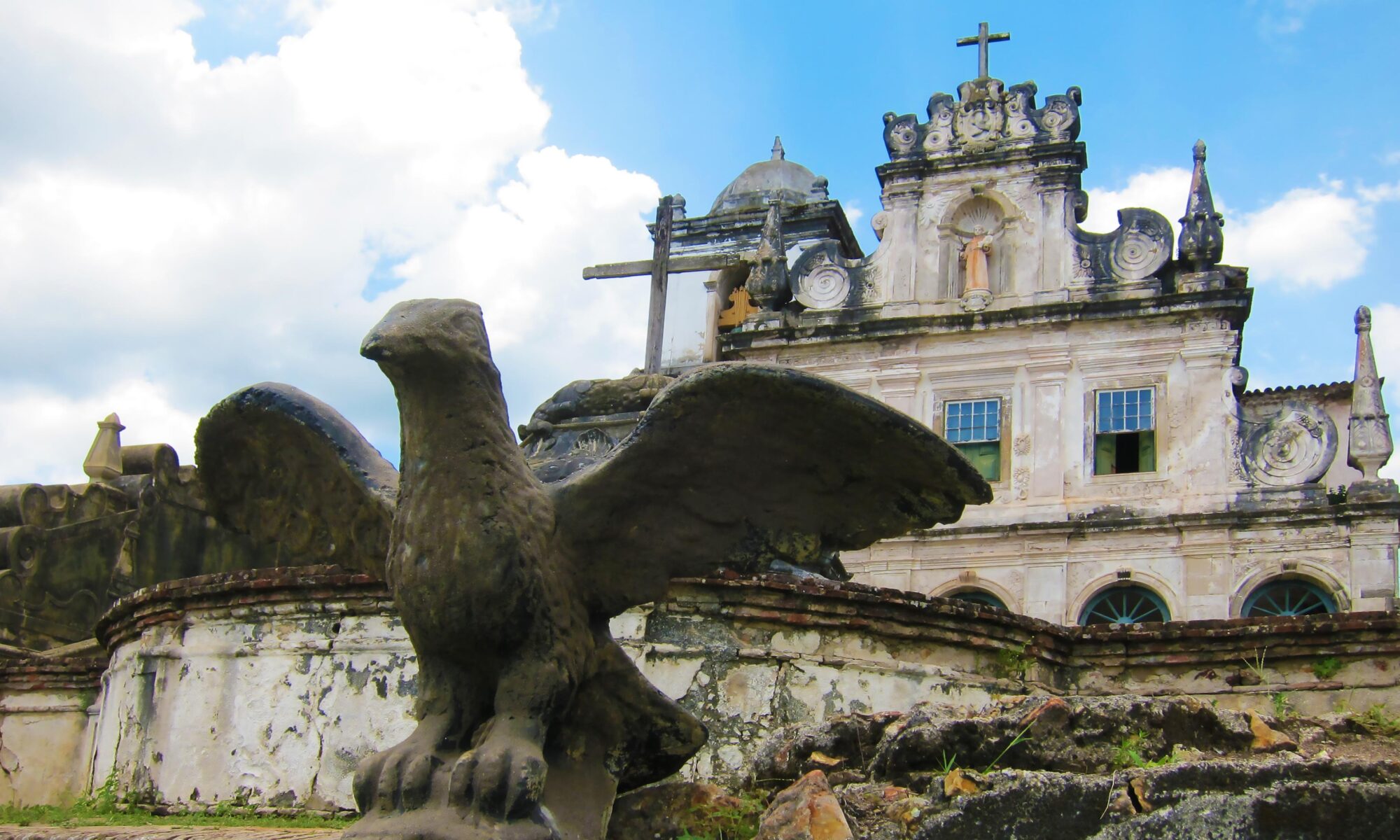 The Igreja do Bonfim commands a high position on the peninsula of Itapagipe (an area of land which spreads out from the cidade baixa into the bay) and is notable for being a place of veneration not only for Catholics but, once a year, for o povo de axé (the people of candomblé) as well.

It is the endpoint of a yearly procession called the Lavagem do Bonfim (Washing of Bonfim), which is more accurately a reference to the washing of the church’s steps by mães de santo (candomblé priestesses) who lead the procession from the Mercado Modelo to the igreja.

This happens in mid-January*, and the procession following the mães de santo is actually an enormous party, with drumming and dancing and eating and drinking slowly spreading from the area around the Mercado Modelo to the area around Bonfim.

The church houses a curious room called Sala dos Milagres (Room of Miracles) where people leave votive offerings (ex votos) in thanks for cures, the votives forming a rather bizarre collection of hanging plastic replicas of multitudinous problematic body parts.

*Ask most Bahians and they will tell you that the Lavagem do Bonfim occurs on the second Thursday in January. Often enough this is correct, but not always. The Lavagem is on the Thursday before the second Sunday after the 6th of January, the Dia dos Reis, the feast of the Epiphany. The church festa took place on that second Sunday and the church had women clean the church in preparation for the festival, this on the Thursday before the Sunday in question.

As they would work, the women would sing, including songs of candomblé, and this sacrilege was prohibited by the priests. With one exception: the women could (or would) sing as they liked as they washed the steps in front of the church, with the church doors closed. During the 18th century this morphed into an enormous syncretized display of faith in which the faithful would walk from the Igreja da Conceição in the city center some 8 kilometers away to the church, this followed by (and itself comprising) an enormous party.

Nowadays the ex votos, being made of suitable wax, are melted down when removed to make room for newer representative body parts, the wax used to make candles for the church.

The idea behind the fitas is that they are tied around one’s wrist with three knots, the knots corresponding to three wishes made as the knots are tied, and when the fabric wears out and the fita drops off…the wishes will be granted (!).

The length of the fitas (47 centimeters) corresponds to the length of the right arm of a statue of Jesus positioned on the church altar, the statue having been carved in Setúbal, Portugal during the 18th century. The original fitas do bonfim were first produced in 1809, in accordance with common Portuguese custom. They were made from silk, worn around the neck, and were hung with small medallions bearing saints’ images. And they were used after a cure via miraculous intervention, after the placing of an image or wax representation of the affected body part within the church (per above).

The “Good End” (Bonfim) was the arrival of a Portuguese sea captain after praying to God during a storm, promising that if he survived the voyage to Brazil he would build a church. This is that church, and the Christ statue was that of the church in his hometown of Setubal.

You can get (just about) anything you want, at the Feira de São Joaquim… The feira is a vast labrynth of narrow passageways supplying the necessities of life in Bahia…religious articles of all types, incense, statuary, beads, plants and herbs, live chickens and goats, drums…there are vegetables and the products of butchers’ stalls, tiny lunch stalls…beans and corn and farinha de mandioca, dendé and dried shrimp and peanuts and coconuts and banana leaves and garlic and clove and mint and cilantro, clay cooking vessels and wooden spoons and pots and pans. Most of the clay pottery comes from Maragogipinho, in the south Recôncavo.

The Feira de São Joaquim is located on the water of the bay in the cidade baixa, just north of the ferry terminal, having moved to the spot in 1964 from Água de Meninos closeby when that feira burned down. Considering the two incarnations, it’s been in existence since the 1920s.