The quantity of festivals in Bahia is often remarked upon, often together in the same cliched breath along with “Terra da Alegria” (“Land of Happiness”) or some such other similar hyperbole.

Happy? That’s debatable, certainly improbable given the widespread economic conditions here. But buoyant, resiliant, appreciative? Among the various traits and qualities which form the general ethos of Bahia, these three could be said to run wide, and deep. And the buoyancy of the common people bubbles to the surface in part in the form of the festas populares (the largest and best known of which is of course Carnival), parties where the vicissitudes of life are temporarily cast off and old as well as young vão no pé (get up on their feet), moving in Bahian expression to the rhythms of Africa (albeit often layered under a sheen of sythesizers and pop stylings).

The yearly cycle is generally considered to kick in with the Festa de Santa Bárbara, so that’s where I’ll begin… (Note: In Portuguese the term “festa profana” is often used, in contrast to “festa religiosa”. “Profana” simply means a non-religious component of something religious (i.e., a festival), unlike the English-language connotation of something vulgar or irreverent.)

December 4th. Santa Bárbara is syncretized with Iansã, wife of Xangô and goddess of the winds, lightning and storms (the saint’s father was killed by lightning after having beheaded his daughter for becoming a Christian, so the story goes, which is the connection for the syncretization). A Mass is celebrated in her honor on a stage set up in the Largo do Pelourinho (9 a.m.), and after (around 11:00 a.m.) a procession proceeds through Pelourinho to the Corpo de Bombeiros (Fire Station) in the Baixa dos Sapateiros, where participants are greeted by the sounding of sirens (Santa Bárbara being the patron saint of firefighters) and a grand carurú to be served to the public. From there everything moves on to the Mercado de Santa Bárbara where the stallholders have prepared their own carurús to be served to the public (5 p.m.), and where it is very, very crowded. Red and white are the colors to be worn. Epa hei!

The clip above is from the 1962 film Pagador de Promessas, which won the Palm d’Or in Cannes that year. The setting is the Escadaria de Carmo, leading up to the Igreja do Passo (Igreja de Santa Bárbara in the film) on the day of the festa.

The party then spreads across the street and into Pelourinho, where it runs late into the night. This festival begins with sweetness & light, devolving in the late afternoon into what can be rough — especially for obvious tourists — in the area around the bottom of the Largo do Pelourinho.

You’ve got to hand it to the way Catholic feast days happen here in Salvador. For example, December 8th is the feast day of Nossa Senhora da Conceição — Our Lady of the Immaculate Conception — a putative commemoration of the day in 1854 that Pope Pius IX declared it to be dogma that Mary was conceived without the Original Sin resultant from Adam’s partaking and sharing of the Forbidden Fruit in the Garden of Eden, ecclesiastic understandings which had led to theological pronouncements upon unbaptised babies condemned to hell (St. Augustine), later to be modified to eternity in limbo (as explicitly expressed by Pope Pius X, for whom the elementary school I attended was named), limbo later to be waved away by Pope Benedict XVI (presumably a great relief for a great many African, Asian, and Jewish baby souls, assuming St. Augustine doesn’t have God’s ear).

This is Salvador’s second biggest festa, with a moveable date, which is the Thursday before the second Sunday after the Dia de Reis (the Epiphany…the day the Christ-Child was visited by the Three Wise Men led by the star) on January 6th (that second Sunday sees the Festa de Bonfim, the lavagem — washing — originally being a scrubbing of the church in preparation for the Sunday festa). The Lavagem do Bonfim is a paragon of Bahia’s syncretism and merging of the sacred and the irreverent, wherein a group of flower-carrying Baianas — followed by tens of thousands of people (a cortejo) — walks from the Igreja de Nossa Senhora da Conceição in the cidade baixo, to the Igreja do Bonfim (a Catholic church) — and where upon arrival the Baianas wash the steps of the church in honor of the Senhor do Bonfim (who is either Jesus Christ, or Oxalá, or both, depending on how you look at it). It’s a huge party the whole way, with lots and lots of batucada (drumming), and a huge party around and behind the Mercado Modelo (earlier in the day), and a monstrous party around the Igreja do Bonfim (later in the day and into the night). The first to arrive at the Igreja do Bonfim, having walked the 8 kilometers from the Igreja da Conceição, are the Baianas, closely followed by the publicity-seeking politicians, followed upon by the drumming, dancing, cerveja-imbibing multitudes.

The celebratory step-washing is touted as, and in some respect in fact is, a manifestation of the syncreticism of Catholicism and Candomblé, but the fact that it’s the steps that are washed and not the interior of the church itself is a reflection of a Catholic (and not so catholic) repudiation of the West African beliefs by the church poobahs. In the immortal words of Paulinho Camafeu (who wrote the Ilê Aiyê athem Que Bloco É Esse), “Quem tem fé, vai à pé” (he or she who has faith, goes on foot!). The anthem now associated with the Lavagem is Walmir Lima’s Ilha de Maré, made famous by Alcione:

Ah, when I arrived in Bonfim my lady From the decorated wagon I descended And with water, flowers and perfume, I washed the stairway on the hill 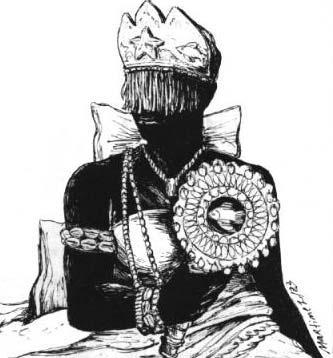 February 2nd. One of Salvador’s most beloved (and beautiful) festas, and another exemplar of Salvador’s melding of the sacred and not quite profane. The morning of the 2nd is announced with the sound of fireworks (at 5:00 a.m.), and the faithful arrive early to the seaside neighborhood of Rio Vermelho, bringing flowers and other gifts for Yemanjá, Yoruban goddess of the salt waters. The offerings are left in the Casa do Peso (the weighing house used by the local fisherman) after the givers have endured the long lines leading up to the repository, the gifts to be gathered up and placed into boats which at 4 p.m. or so will make their way 6 miles out into the waves to place floating, gift-bearing baskets upon the water. Offerings which do not return to shore are deemed accepted.

This all takes place to the accompaniment of wandering troupes of drummers, street capoeira, and general merriment and abandon. As the day wears on the festa becomes more and more carnivalesque — thousands of people pouring in — inexorably evolving into a dancing, surging street party of gargantuan proportions.

Bembé do Mercado Every May 13th in Santo Amaro

The origin of the name is polemical…some say it’s a deliberate corruption of candomblé, meant to disguise the fact of what was actually happening in the market square. Another take is that of ethnolinguist Yeda Pessoa de Castro, which is (my translation): “Bembé” is a word which could have two etymologies. One is Fon (Yoruba/Nagô), Bembé meaning “drum”… It could also be of Bantu (Congo/Angola) origin, in this case meaning a religious ceremony, praise, a prayer, as with the word candomblé itself…” Why the 13th of May? Because it was on that date in 1888 that slavery was abolished in Brazil, by the signature of Princesa Isabel, Princesa Imperial Regente. And it was on the 13th of May in 1889 (some say it was several days earlier) that candomblé priest João Obá stood by the Subae river just off of Santo Amaro’s market square and began to play a rhythm which when played in a house of candomblé was/is meant to call down a deity.

One by one others arrived, and began dancing the dances of candomblé in what was the first instance of these religious manifestations being conducted outside a place meant for that purpose. And so a century later the tradition continues in Santo Amaro’s market square proper, on the Wednesday, Thursday, Friday, Saturday and Sunday incorporating May 13th (although Friday, being the day of Oxalá and a day in which candomblé is never conducted, sees a respite; the other activities which are ancillary to the Bembé, the samba-de-roda, capoeira and maculelê, continue).

The stage in the market square sees excellent music provided by musicians in the majority from Santo Amaro, this facet of the Bembé being organized by estimable Maurício Pessoa.

The festa has been celebrated every year since with the exceptions of 1958 (when an explosion/fire killed 300 people) and 1989 (when the biggest flood in the history of the city took place). The festa is now regarded as protecting the city!

The Festa da Boa Morte is based in and around the date of the Catholic feast of the Assumption (the rise of the Virgin Mary into Heaven), but what makes it resonate so is less the festa’s motive and more who is doing the feasting. That would be the Irmandade da Boa Morte (Sisterhood of the Good Death), a lay society founded by members of 19th century Bahian society’s lowest social caste, elderly slave women, women who bonded together to help provide for each other in life and in death in a sisterhood which continues to this day. Whoever said “Age before beauty” had obviously never been to Cachoeira in mid-August.

First Day 7:00 p.m. – Mass in the sisterhood’s chapel, in honor of departed sisters. 8:00 p.m. – A procession leaving the sisterhood’s chapel and weaving through the streets of Cachoeira. 9:00 p.m. – The Ceia Branca (White Dinner, that is, foodstuffs without dendé, palm oil), for the sisters and invited guests. White clothing is worn. Second Day 7:00 p.m. – Mass in the sisterhood’s chapel. 8:00 p.m. – A procession through the streets of Cachoeira, accompanied by musicians from the city’s filarmônicas. Third Day 5:00 a.m. – A dawn calling (alvorada) with fireworks. 9:00 a.m. – An august meeting of the sisters in their headquarters with Bahia’s governor, ministers, secretaries, and others of their ilk. Fourth Day 8:00 p.m. – Distribution of cozido (a boiled dinner of assorted vegetables and meats) and after, samba-de-roda. Fifth Day 8:00 p.m. – Closing ceremonies, with caruru (a meal built around a dish made with okra) and after, samba-de-roda!