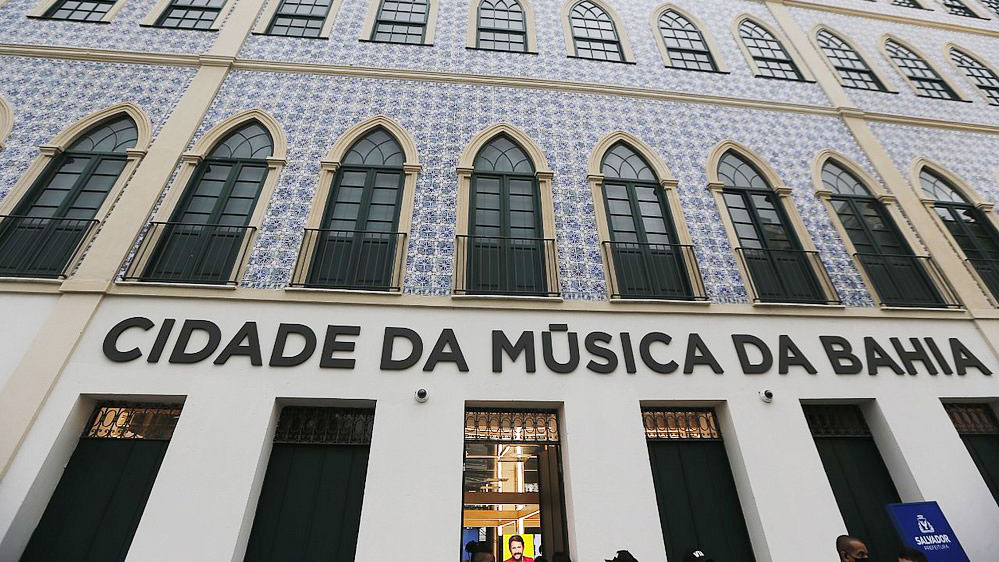 Admission is 20 reais full price (4 dollars), and half price for Salvador residents with proof-of-residence, students, and venerables over 60.

And the place is full-tilt magic! Mostly via screens, small and large…history, musicians down through the decades, their music, the new and the young… Unlike Salvador’s Carnival museum though (which was projected by the same architect/designer: Gringo Cardia), the music museum isn’t set up for non-Portuguese speakers. Hopefully this will eventually…soon?…be remedied … most of what’s in this museum will be new information to most non-Salvador residents (and to a lesser degree perhaps, most Salvador residents as well). Explanations in a language one understands would be really helpful.

The museum is located in the lower city, close to the bottom of the elevator connecting upper and lower cities, across the street from Salvador’s Mercado Modelo.